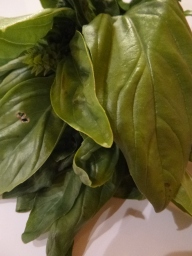 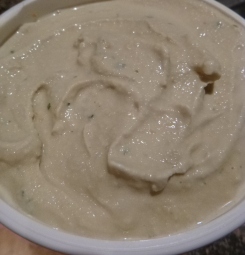 More savory flavors, I guess you could call them – those recipes I’ve been intrigued by but a little dubious about – ice cream is a DESSERT for cripes sake. But OK David, if you say so… and I had some basil from the Veggie Box o’ Awesome. It was worth trying, but I’m still not completely sold on the whole idea.

big rosemary in my back yard. ok, actually it’s the side yard.

The Rosemary’s Baby (if you haven’t guessed from the overly clever name) is from the Humphry Slocombe boys. And hey, I just happen to have a giant rosemary bush (I wish everything did so well in the darwingarden)! Then pine nuts, which apparently those two things are a Combination. Again, I’m glad I tried it, it was nice, but not sure I’m buying it. I may not be grown up enough for these sorts of flavors.