Somehow it had gotten to be our last day. sad trombone. How had that happened?! We must have been having fun! (After all, they say time flies when one is doing such.) 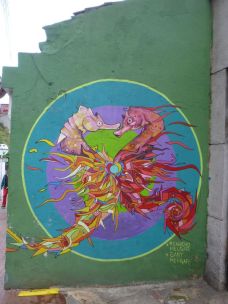 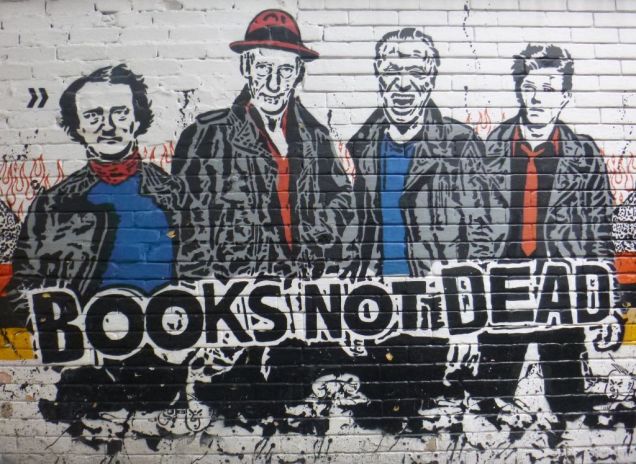 We had a bit of time before having to be to the airport for our flight, so walked around the neighborhood. Some of the other folks had gone on official graffiti – oh or maybe they called them street art or mural – tours earlier in the trip, but we saw what seemed like a good selection, in several different styles, just on our own.

There was a neat looking bookstore, which unfortunately – or maybe fortunately – was not open yet. Ditto for a Chocolateria. We passed by what looked like a farmers’ market, and many other shops and restaurants. The Museo Nacional was also steps from our hotel. I could have spent another day or two checking all these things out, but not to be this trip. 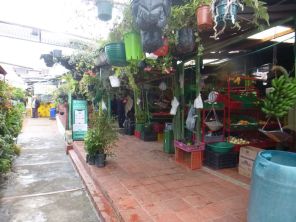 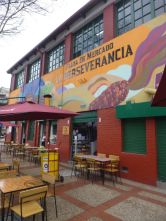 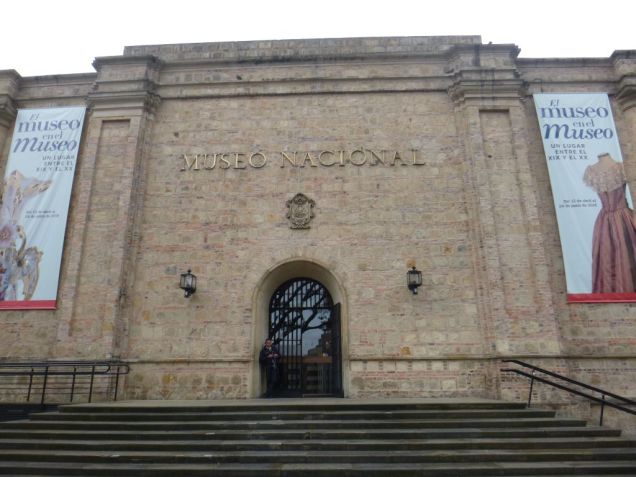 For breakfast we decided to try the restaurant across the street, rather than just doing the hotel buffet. It was a little more overhead with having to look at a menu and choose and all that, but it was good to try something different, and turned out to be super tasty. 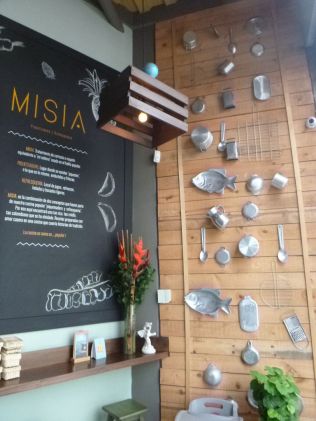 Then it was the travel shuffle – got to the airport, went through security, waited for then got on flight one to El Salvador. Which was late, so the connection was a tad hectic, since we had to go through a screening and Eric got stopped for some reason, but we did both make it to the second plane. Whew. Not quite as they were closing the door, but pretty close. Anyway, we were on, and made it back to San Francisco safely. 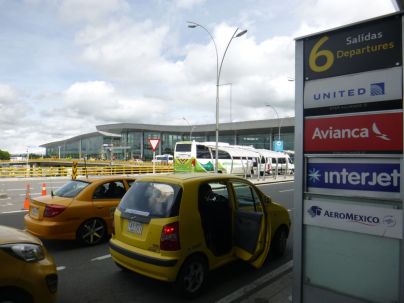 As I mentioned before, Colombia hadn’t been on my radar as a place to go, but I’m super glad I got the opportunity to visit, especially with a local connection. Although she hasn’t lived there in many years, Angela has an obvious affection for the country, and Jon has developed one as well. They were super generous in sharing this and their travel knowledge with their family and friends. It was a wonderful experience that I am immensely grateful for.