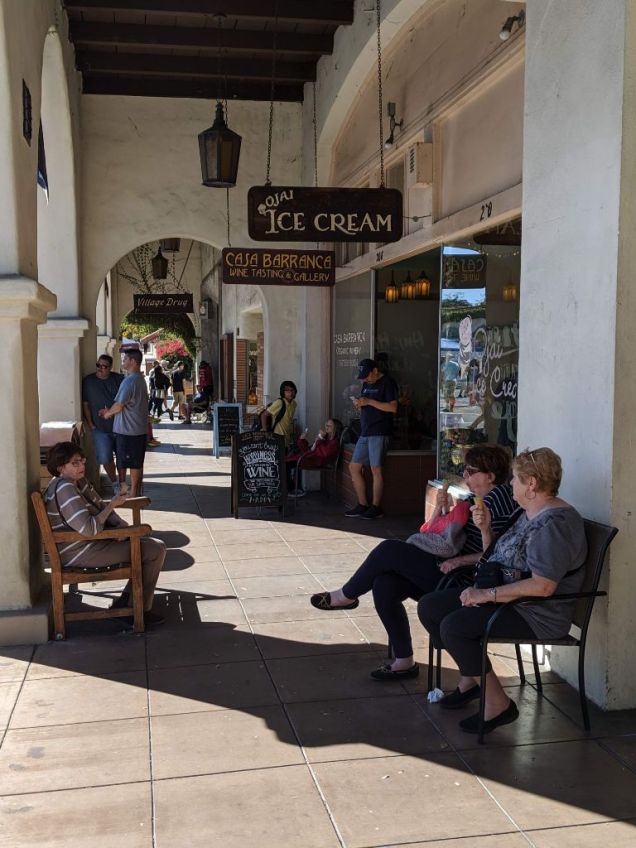 For sisters’ weekend this year, we made it to Ojai! Our previous attempt had been stymied by wildfires, so it was nice to get there. And! they had a local ice cream store, coincidentally named Ojai Ice Cream, which also had fudge and an assortment of candy, but we just stuck with ice cream. My initial impulse was to get Rocky Road, but then I looked at the flavor list and saw Ojai Orange, so I decided to try that, figuring I wouldn’t be able to get that anywhere else but Ojai. It was a bit underwhelming, but it was cold and sweet, and I did eat it all. And it was nice to support a local business. 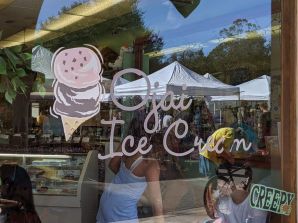 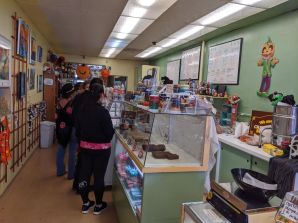 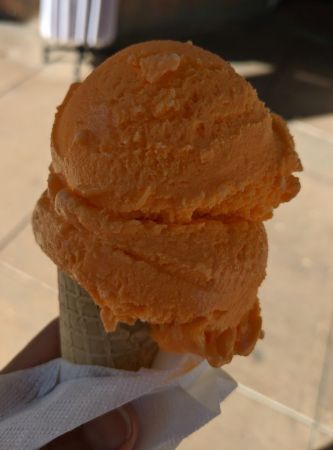 This entry was posted in travel, you Scream and tagged ice cream, travel. Bookmark the permalink.