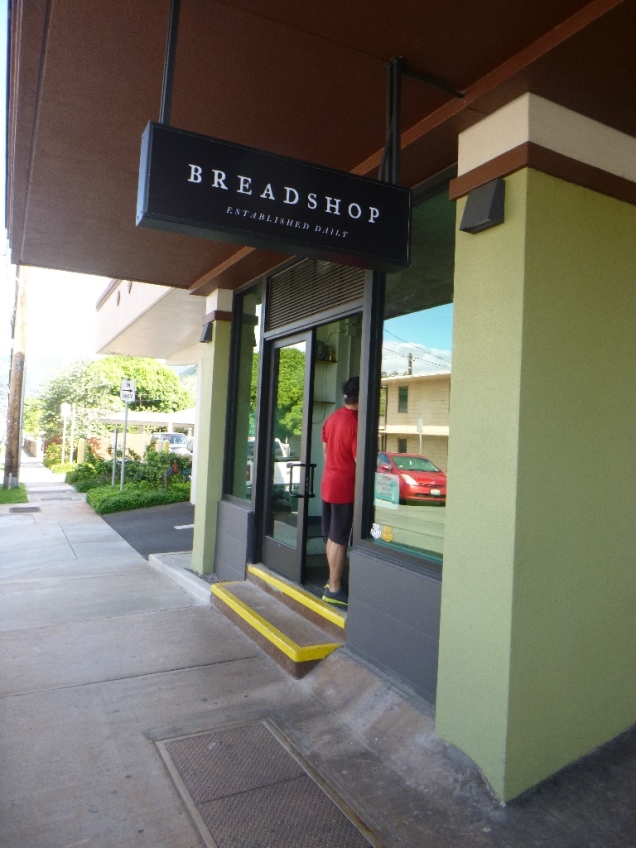 We walked over to the Farmers’ Market at Kapi’olani Community College – which, at least on Saturday mornings, is a bit touristy, with lots of “value-added” products, although there is still produce available – and I remarked on a man’s cute t-shirt, and he and Eric got to talking about making bread, and then he (the man) recommended going to the Breadshop. Which turned out to also be within walking distance of where we were staying! Again the Universe speaks…

It’s a small store front, just off Waialae, the main drag in Kaimuki. The heavenly smell wafted to us as soon as we turned the corner. There were a couple of folks already at the counter, giving us time to eye the offerings. 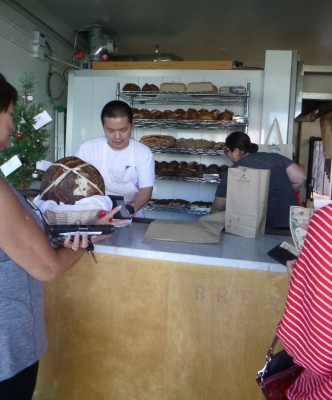 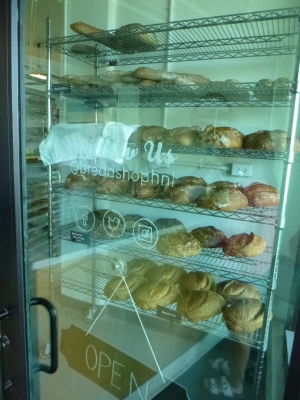 Eric decided on a country loaf, I was tempted by the brown butter oatmeal, but then asked about an unlabeled item behind the counter that turned out to be furikake focaccia. Which they did not sell by the piece, but the woman at the counter convinced us it was not really all that much and so we bought one. And ate at least half of it on the way home… SO GOOD.

They would be open again some of the other days we’d be there, but I had the thought that maybe they didn’t do the same flavors every day, so got back in line and checked and got a loaf of the brown butter oatmeal. We didn’t end up going back, but I would have been sad to not get that. Although I’m sure other options would have been just as tasty.

It was fun to see how – like at my neighborhood bread bakery back home – everyone came out carrying loaves and had big smiles on their faces. After eating the bread I know why they were smiling! 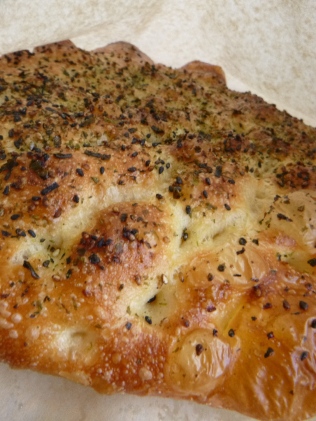 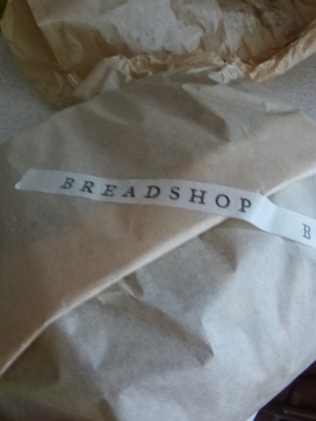 This entry was posted in bread, travel and tagged bread, Honolulu HI, travel. Bookmark the permalink.