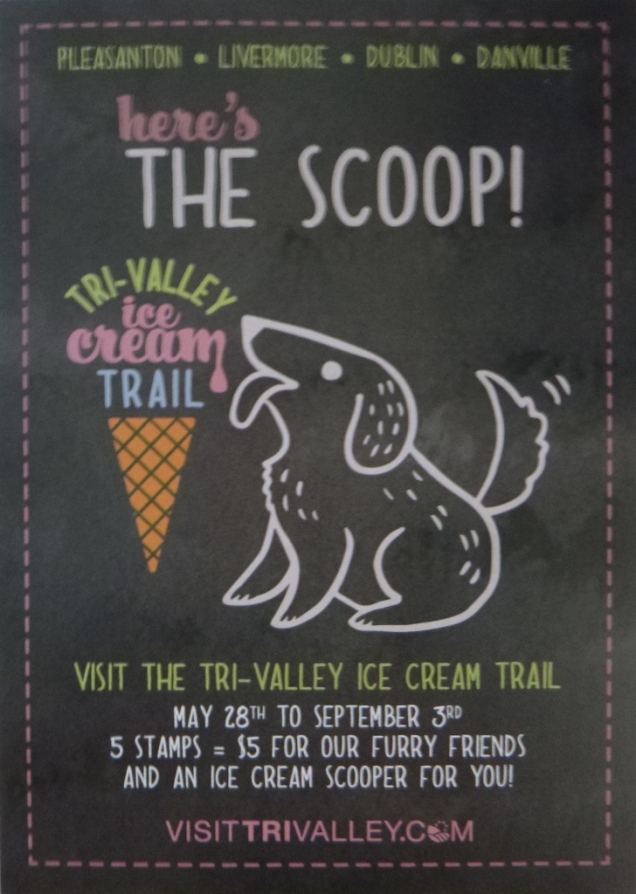 One thing I look for when I travel is ice cream. OK, not just when I travel. Whatever. Recently I was in Pleasanton for training for work, I hadn’t thought to check the intarwebs, but then the office at the hotel I was staying at had a card for the Tri-Valley Ice Cream Trail. Ding ding ding!

There were five listings for Pleasanton, all within walking distance – which was the number needed for fulfilling their current passport promotion – but I couldn’t quite justify hitting them all in the short time I was there. Meadowlark Dairy sounded the most local, so I hit that, and then Almare Gelato, which is the second location of two, so also seemed pretty local, which I like to support when I can.

The trail also has a number of intriguing sounding spots in Dublin and Danville, neither of which I get to so much, but who knows – I mean if there’s ice cream… – and also Livermore, which is on the way to The Ranch, so I may get to 5 before the end of September, but even if not, still a Happy Trail!

This entry was posted in you Scream and tagged ice cream. Bookmark the permalink.