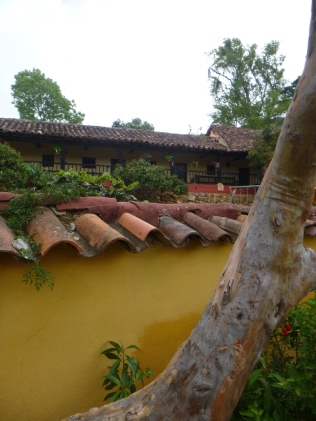 Another leisurely morning after a decadent full night of sleep! We moseyed down to the hotel’s restaurant, trying to not get too distracted by allthethings to see in the compound. 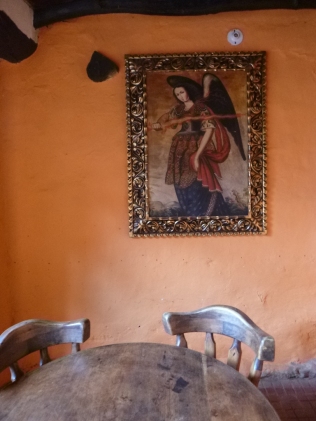 After we sat down, the waitress brought fruit juice – no menus – and said what seemed like a long list of things – at least it went by very fast. I latched on to huevos. Sure, I know what that means. Huevos! There was a pause. Oh – some of that list must have been asking how we wanted them cooked. Through some pantomime and hearing it again – right – revueltas! The revolutionary eggs! Or is that revolting? … I know, I know, scrambled. Revueltas is way more fun to say though. Oh yes and cafe. Con leche. Not exactly the Spanish Machine but I wasn’t going to go hungry! 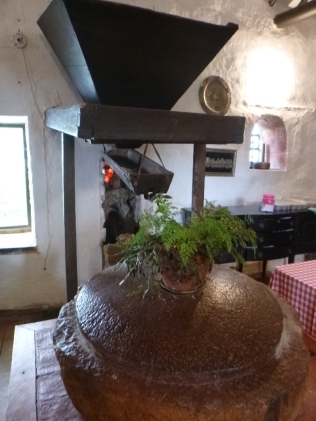 After breakfast we went for a walk out of town – I’d read in the guidebook that there was a trail nearby going up the mountains behind town. Oh, haha the bus drop off wasn’t that far from our hotel! We went along a main road that had nice sidewalks for a ways and then not so much. There was not too much traffic though, so even the little way we walked without sidewalk was not bad. 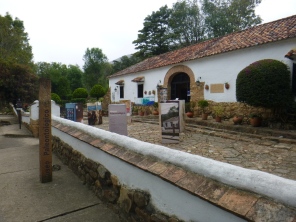 We passed the Museo Palentological and were tempted to go in, but I felt like there wasn’t much time so we decided to come back another day. (Which, spoiler alert, turned out to be the wrong decision. At least in the sense that it was not open when we went back.) Alongside the museum was also a botanical garden, which we could see some of from the road.

I had thought the trailhead would be more obvious, but we hadn’t encountered it, so we decided to go up the hill on a side road to get off the main road. It sorta seemed like a driveway but after we passed a few even more driveway like lanes that went off to different structures and no one yelled as us to go back I figured it was a more public road. We got to a t-intersection and decided to try to loop back to town.

We had kinda wondered if it would be possible since we’d seen cars coming down the street we went up, but then we saw other people walking up from the direction we were heading, which seemed to suggest it wasn’t a dead-end on foot. Shortly afterward we encountered construction, which a car couldn’t get around, but pedestrians could.

Besides homes – one with a splendid garden of food and flowers – we also passed a resort-y sort of looking place, some shops, an adobe brick yard – and an incongruous military base. There was a guard tower draped in camo netting, and a barricade gate, which looked rather serious, but then behind the wall it sorta looked like a miniature golf park. Oh wait, those are guys in fatigues. Alrighty then. 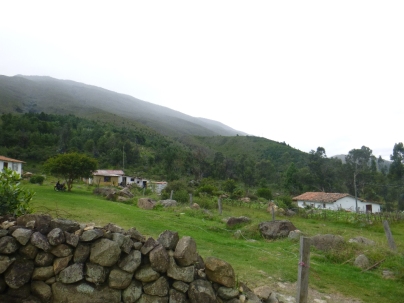 It turned out to be a nice loop – well, lollipop – even though we never found the trail. We then had some time to relax, clean up and get changed for the wedding. 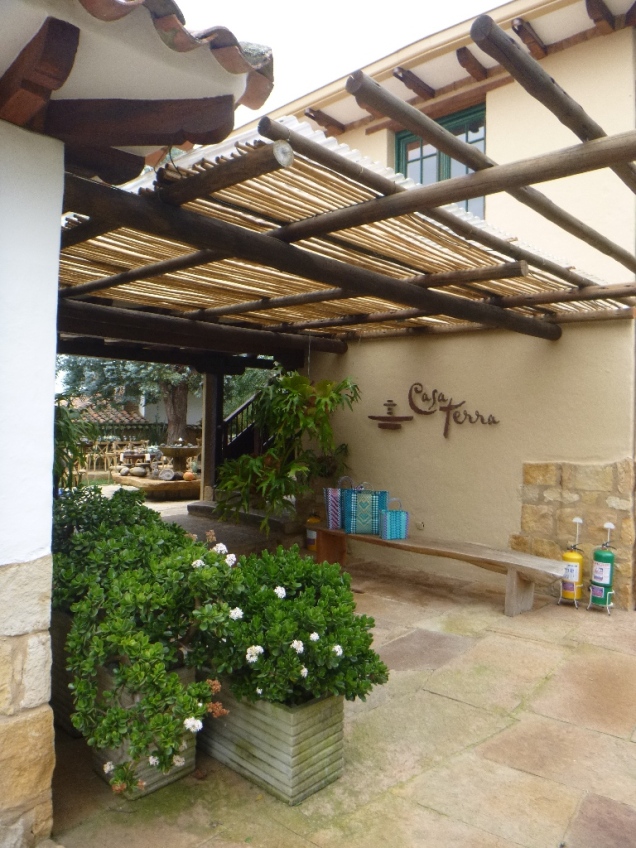 We got to see some of the town again going over to Casa Terra, where Angela and Jon (and some others) were staying and where the wedding was. Of course we took the 1:00 be there time literally, but I think that was really to accommodate the group gathering lag factor. Anyway, there were a few other literalists, and it was nice to chat with folks about how we all had spent the morning. Also, it was a beautiful venue, and it was nice to walk around and see the facilities, and all the tables set up for the meal and whatnot.

A light drizzle moved us under the arbor for a bit, and then under a tree, but, as is apparently typical for this area, the weather soon changed. The precipitation moved off for the rest of the afternoon, and there were even a few spells of bright sunlight, which were quite warm.

does your beer taste better when you match?

do we have to wait?

Once the weather cleared we were encouraged to disperse from under shelter and go to the back lawn area. There was an amazing spread of fruits, some of which I’d not heard of before, and now I can’t remember, but that was fun. There were waiters circulating with Colombian breads and other hors d’oeuvre and drinks. It was a challenge to pace oneself!

The ceremony was simple and sweet. Angela’s friend since childhood, Olga, shared stories about Angela and Jon, in English and in Spanish. Then the two of them had written notes for each other. They had also hand written notes to each and every guest, which they had us all open and read. At various points there were laughs and tears. It was a very personal and touching celebration.

After the rings were on, there were toasts from Jon’s brother, then a friend of Angela’s – both in English, and then Angela’s sister gave one in Spanish. One of Jon’s nephews had his first taste of champagne, which he was super excited about, and proclaimed to be, “DELICIOUS!”

A sumptuous feast followed, with The. Most. Spectacular. Desserts. EVER! made by another childhood friend of Angela’s. Apparently you go all the way through school with the same people, so close groups form and Angela and her friends have stayed in touch. 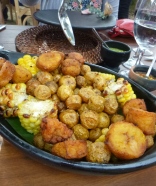 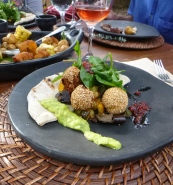 Next was the entertainment, starting with a folk music group. Then there was recorded dance music. We spent some time in the introverts’ corner – there was space at the venue to find a quiet area. After dark we went back to our hotel for more of a breather, but then returned for the mariachi finale, which was wonderful! There was a singer, brass and full strings. It was great seeing the Colombians singing along, and the final song was a special request for a song from Angela’s childhood. The singer had to look up the words on his smart phone – ah technology – but you never would have known. 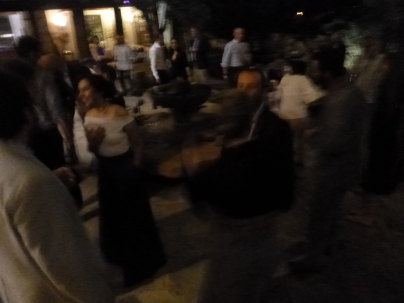 Laura and BFK on the plaza (photo by Angela)

The party moved down to the central plaza, and BFK and Laura played a few numbers! After a bit we drifted away and back to our hotel, basking in the glow of the day. I haven’t been to many weddings, but this was very possibly the Best. Ever! A most excellent celebration of two wonderful people. And so Angela and Jon – or at least Jon – in the “we’re having an awesome party.” “Oh yeah, and getting married.” Which obviously the wedding was the reason for the party – but it didn’t feel like the having the wedding to have a Wedding, if that makes any sense – sometimes it seems like it gets to be more about the event than the reason for the event. This was about love, and family, and friends, and community. A very special day, and it was splendid to be included.