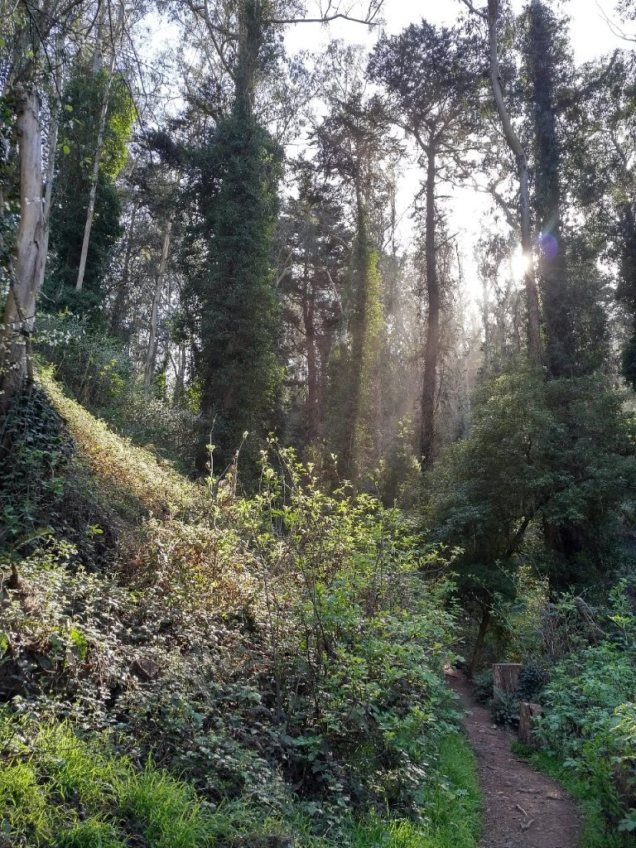 Between two houses on Stanyan Street in San Francisco we took a set of stairs and suddenly found ourselves in a forest! We followed a trail that wound around beneath a canopy of eucalyptus, eventually popping out in a meadow at the top of Mt. Sutro. Although there wasn’t anywhere higher to go, it didn’t feel particularly summit-y, since there were no unobstructed views, but it was nice to be out in the sunlight for a bit. 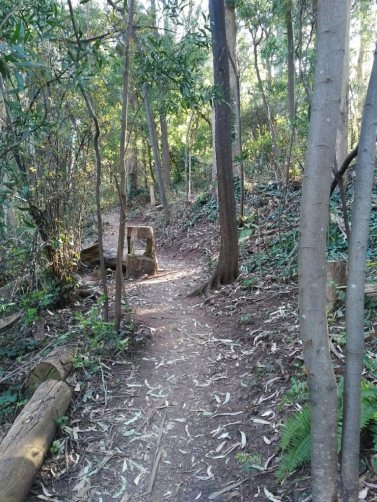 We took a different trail on the way down, which took us on the west side of the reserve. Through the trees we got glimpses of the ocean, Mt. Tam and the Golden Gate Bridge. Crows or ravens played in the winds above the trees, and we saw a couple of red-shouldered hawks zooming through the tops of the eucalyptus. Along parts of the trail were rafts of some white-blooming tree.

in the sunlight at the summit

glimpse of Sutro Tower, which is not actually on Mt. Sutro

We were there on a Sunday afternoon, so didn’t have it completely to ourselves, but, considering we were in the middle of the City it felt amazingly quiet and peaceful, and everyone we encountered was friendly. We had a lovely walk even without covering all the trails. It was nice to make a loop – well, it turned out to be a lollypop, since we wanted to end up back where we had started, but there are some other options if you don’t mind starting and ending at different trail heads. It’s not huge, but 61 acres of undeveloped land in the middle of San Francisco felt pretty magical. 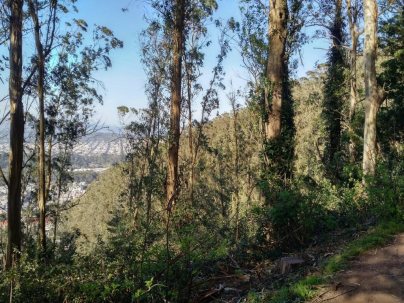 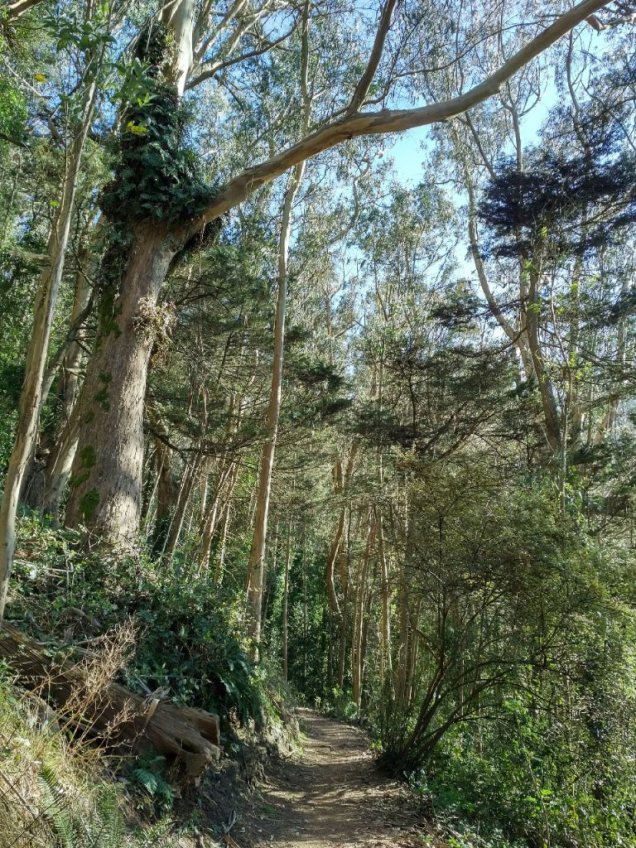 This entry was posted in high points, who knew and tagged hiking, San Francisco CA. Bookmark the permalink.