Don’t get me started on how many ways of horrible the “holiday” is, but the card (above) was cute, and Liz Climo has some fun ones you can download.

Have a favorite mug? You’re not the only one. Wow! Nerikomi pottery!

Food as part of what makes home.

Funny, I was just wondering if the Library keeps track of what I’ve checked out – I wanted to see if I’d read something. Well, I suppose just because I’d checked it out doesn’t necessarily mean I’d read it, but whatever. Anyway, someone else had wondered the same thing – if there were records, not whether I’d read a particular book – but the FAQs said that no, for patron privacy no record is kept for books that are returned and have no unpaid fine on them. But, some libraries do/did keep a record, and at least if you’re famous, people are interested in what you borrowed.

Finally took the SMART train on Friday afternoon, from San Rafael to Santa Rosa. Much nicer than sitting in traffic, and you get to see some wetlands and different scenery from the 101 corridor. With bikes we were able to bridge the gap from the Larkspur Ferry to the San Rafael station, and it was nice to get on at the first stop and have a place to put the bikes and sit down. BYOB is not allowed, but they do have a snack bar that sells beer. The car we were in got pretty full along the way, and it seemed like there were folks who are regular riders, which was nice to see. 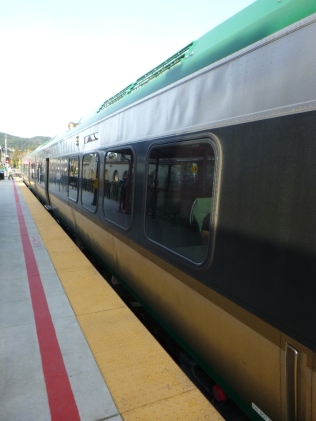 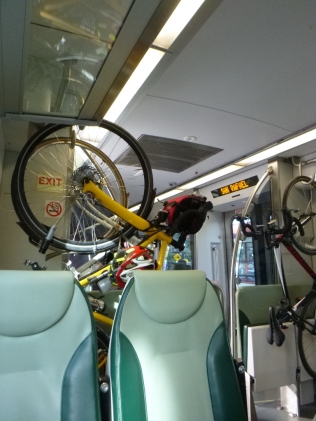