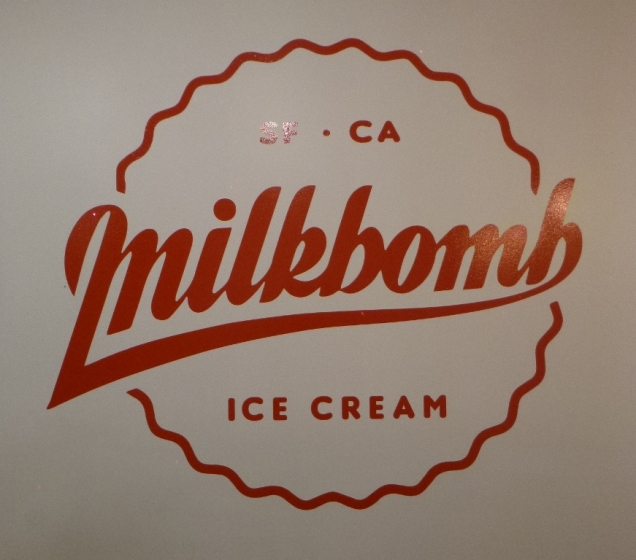 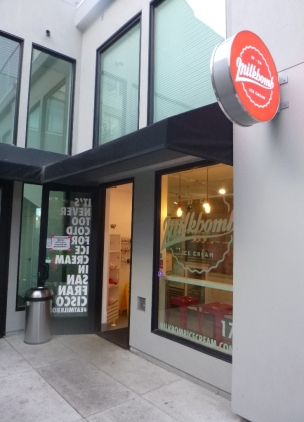 store is tucked back in a courtyard

I would have called it Sugarbomb, but then that’s probably why I don’t get paid to name things… so anyway, I didn’t see anything about where the name came from, and didn’t think to ask – I was more focused on getting some ice cream – big surprise there! There were lots of yummy sounding flavors, both traditional and no so much, and then a myriad of toppings and syrups, and then the Thing of the Donut Ice Cream Sandwich. I’m not really a Donut Person, but who can argue with “warm on the outside, cold on the inside, delicious all over” ?! The only choices left for the donut were glazed or sugar – I went with the sugar, and ginger ice cream, which I had tasted – super yummy – with forreals chunks of ginger. Eric went with the glazed, and espresso chip ice cream, plus gilding the lily with Lucky Charms and salted honey. I hadn’t thought of it, but – DUH! – coffee and donut – that was a really good combination. They were over the top, but how does that saying go – nothing succeeds like excess. The counter person was offering wet wipes, which we at first declined, but after eating realized he knew what he was talking about and went back in and got some. 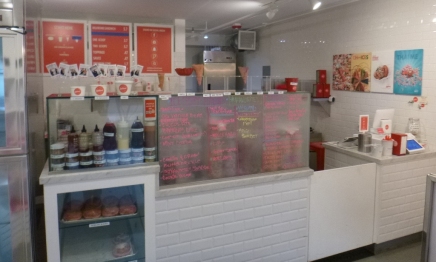 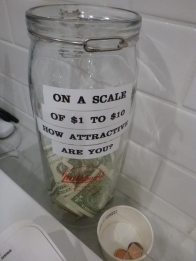 Although I do have the pictures, it still seems a little hard to believe such a thing exists. And that I have partaken of it. Not sure that I need to do it again, but the ice cream was solid, and if I was in the neighborhood and had a hankering for something sweet and cold, I would go back. It will be interesting to see how long they last – Twirl and Dip was there for a while – it seems like a somewhat challenging location, not directly on the street. The Donut Ice Cream Sandwich seems more like something for Fisherman’s Wharf or somewhere with more foot traffic of people in the “why the hell not” mode – but they might be able to get a neighborhood clientele just with the ice cream. Anyway, if you’re in the mood for some sugar with your sugar, go check it out! 1717 17th Street Suite 105, San Francisco, CA

This entry was posted in you Scream and tagged ice cream, San Francisco CA. Bookmark the permalink.