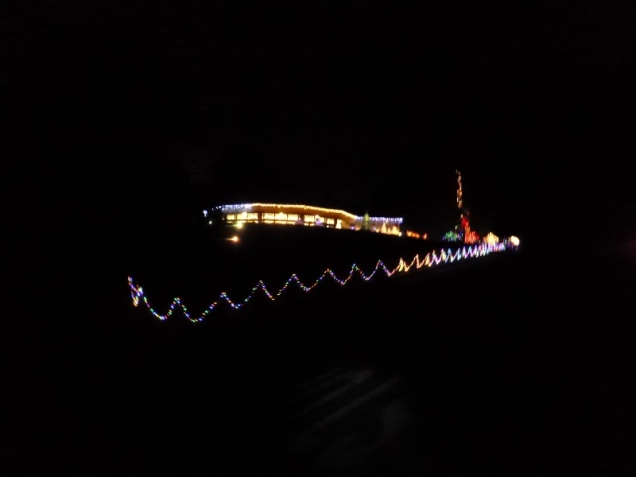 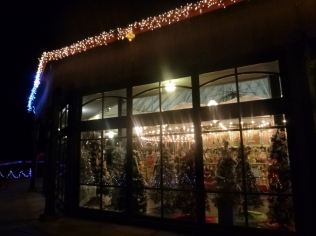 I’ve not been at any other time of year, but there was something that seemed particularly magical about climbing out of the pitch black in Tilden Park and seeing festive lights twinkling up ahead. Then as we got closer there was the tinkle of music and the whirl of the carousel! It was a weeknight, so we almost had the place to ourselves, which was fantastic! I first called the giraffe – there’s actually two! and they are decorated differently!! – but then realized it’s not a “jumper”. That is, it doesn’t go up and down. Fortunately I figured that out before the ride started and was able to Plan B – chicken!

It was surprisingly fast, although it’s on the lowest (or one of the lower) of its multiple speeds, according to the operators. The ride duration was also longer than I was expecting. The carousel is in beautiful shape, with a gleaming red cedar deck and glowingly painted animals. The animals are quite expressive, and there’s amazing attention to detail – although there are multiples of most of the animals, each is an individual, given a different pose or decoration or some other distinguishing feature. The carousel is 106 years old, and has been in Tilden Park since 1948! And there’s snacks! 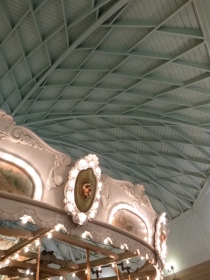 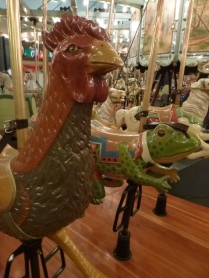 all decorated up for the holidays!

This entry was posted in roadside attractions and tagged Bay Area, carousels. Bookmark the permalink.