who cuts all that lawn?! 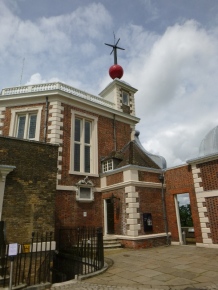 The Royal Observatory, Greenwich, is perched on a rise above the Thames, making it a nice stroll from the ferry terminal. We did see some groups of school kids and some tourist groups, but managed to get through the buildings and museum for the most part in a lull between them, which was nice. 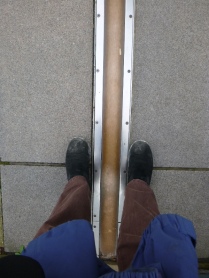 The Big Attraction, of course, was the Prime Meridian – which, yes, I did take a picture of one foot on either side of – all the while noting the arbitrariness of it all, since of course it “continues” outside the fence, but is not marked, so no one was taking pictures out there. Further reminders of the semi-made-up-ness were the markers of previous meridians. 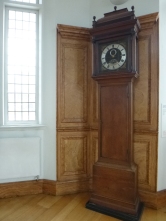 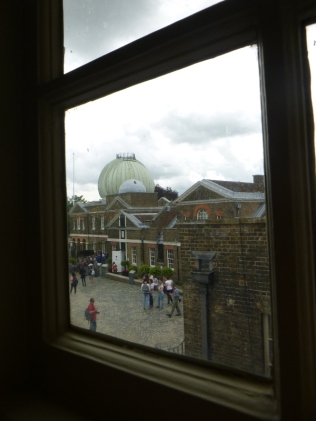 There was an audio guide available, but I just stuck to the old-school looking around and reading the placards, which were quite well done and informative. It was neat getting to see the inside of the Astronomer’s House, including the Octagon Room – featuring interior by Sir Christopher Wren – and the inside of the Observatory. The museum told the story of the development of accurate timekeeping at sea, a necessary component for navigation. The displays of the devices was quite amazing – they are not just objects of historical significance, but technical marvels and lovely kinetic art pieces. I forget whose list this was on as far as places to go to – I don’t think it was my top-tier, but I’m glad we went. 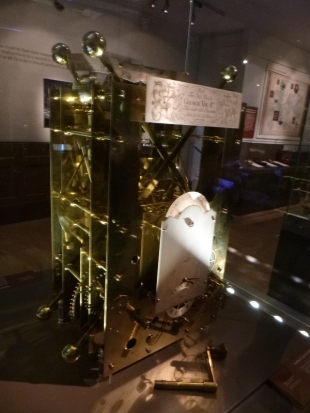 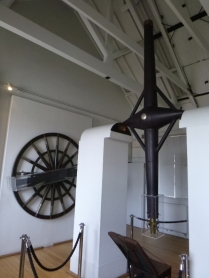