I got up a little earlier and headed out for another morning runnish sort of thing. There were many more people out, perhaps because it was sunny, although many seemed to be part of a big training group who were running Primrose Hill and doing exercises. So it may have been that it wasn’t their scheduled day the day before. Or maybe it was the weather. There were also a lot more dog walkers.

Back to the flat, cleaned up and breakfast and on about my day of sightseeing. *Whoops, not so fast… I realized I’d forgotten some things, but fortunately hadn’t gotten too far. On the second try I got underway and to the Underground to Euston, navigated the allthepeoples maze to get out to surface and then took a short walk to the British Library. Which! SWEETJESUSONATRICYCLE was amazing, particularly the display of original manuscripts – seeing things written by the hand of fill-in-the-blank. Wow! The space is pretty amazing too, and they have other special exhibits and a nice gift shop.

Not by design, but ended up walking through Bloomsbury and coming across Persephone Books. The levity box was checked with a visit to Novelty Automation, where I won a Nobel Prize! Then again just walking along and printing and bookbinding! 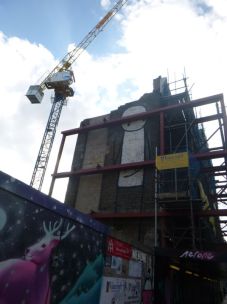 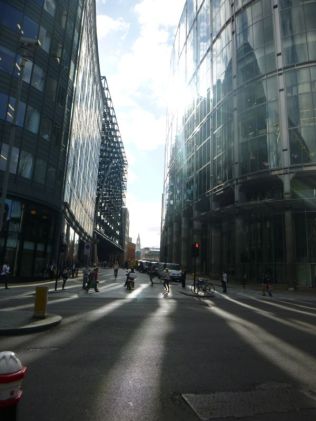 Next on the list was bookart bookshop, which was everything the name promised. And a graphics bookstore, and a street market having a gelato fair, but it was too much peopleing, so I passed. I was thinking I’d try to go by one of the shops I’d found online, but then happened on a soft serve truck, so checked that box for the day. Another book store at the station, and YAY made it to Bottle Apostle before they closed, and had one of my selections to finish the day: Dry Stout Bramling Cross – bottle fermented, store upright and pour slowly if you want to avoid the sediment. Excellent! 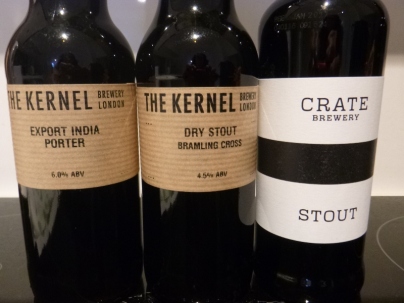