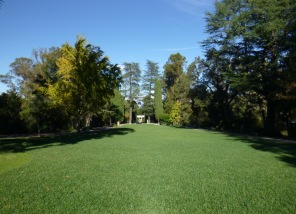 Apparently Saratoga was quite The Place to have an estate – in addition to Hakone, the area boasts Villa Montalvo, an Italianate mansion built in 1912-1914 by California businessman and politician James Phelan. Phelan was three-term mayor of San Francisco and California’s first popularly elected US Senator, and… an advocate for restricting Japanese immigration and one of the proponents of California’s Alien Land Law of 1913. ugh. 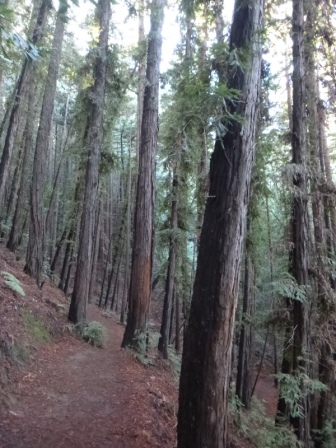 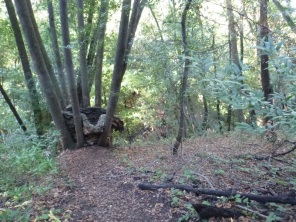 arts in the woods!

Phelan invited notable writers and artists to work at the Villa, and upon his death made the following bequest: “I would like the property at Saratoga, California, known as Villa Montalvo, to be maintained as a public park open under reasonable restrictions, the buildings and grounds immediately surrounding the same to be used as far as possible for the development of art, literature, music, and architecture by promising students.” Trusteeship was first taken over by the San Francisco Art Association, running from 1930 to 1953, when a citizens group formed the Montalvo Association, which continues to helm what is now called the Montalvo Arts Center. 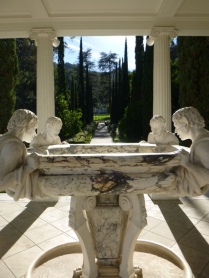 In addition to the Villa and its surrounding gardens there is a natural area park with hiking trails, a cultural arts center with venues for theatrical and musical events, and an artists’ residency program. The complex covers 175 acres. One can wander underneath native redwoods, enjoy views over Silicon Valley and classical and modern sculptures all in an afternoon!

This entry was posted in art and tagged art, Bay Area, gardens, sculpture. Bookmark the permalink.