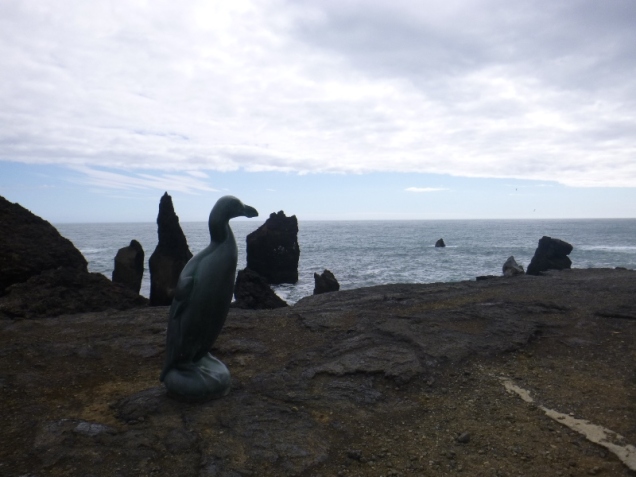 In addition to numerous living birds, the southwestern edge of the Reykjanes peninsula is home to a sculptural homage to the extinct Great Auk. On the cliffs below Reykjanesviti, Iceland’s oldest lighthouse, the Auk gazes wistfully out to sea toward Elday, the island where the last (or next to) of its kind were killed. Standing in such a beautiful setting, with other birds all around, it’s a bit difficult to comprehend what brings people to kill the last of a species. The sculpture is one of the five extinct birds memorialized by the Lost Bird Project, that we might not forget the tragedy of extinction. I found out later that there is a project to reintroduce the Great Auk. 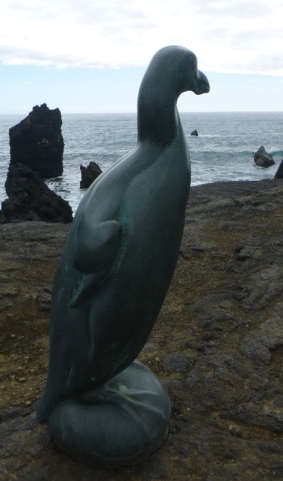 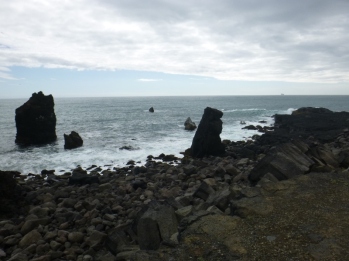 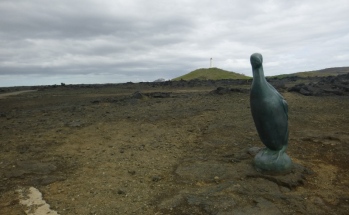