Which, for those of you playing along at home, would be the number of miles at which the head gasket of my 1998 Nissan Pathfinder gave up its gasketness. 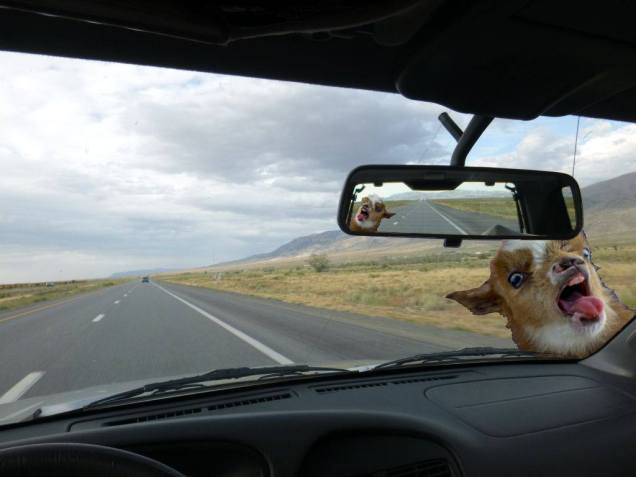 well and then there were the goats…

First thought you had ridden 247,000 miles and was wondering what part of the human anatomy was a head gasket…

Which, yeah I suppose better on it than me, and, to be honest, I had started thinking once in a while that perhaps it was time for something different – especially when gas was expensive – but (until it suddenly wasn’t), the ‘Finder was a super solid reliable vehicle, so it never got past the thinking. Pretty much only had to do routine maintenance for it all those years, which even that I was at times erratic with, but it kept ticking along. I’d get in, turn the key, it would start and get me safely to where I was going.

Then The Universe forced my hand. And made me realize how much I do take for granted the having a working vehicle thing. Not quite to the *insert epiphany here* and not replacing vehicle, but definitely thinking about times I don’t really need to drive.

A brief moment of angst about being part of the disposable society and not repairing the ‘Finder, but it didn’t really seem like the best “investment”, if that word can even be used in the spending money on vehicles department. Sometimes you have to move on. OK, maybe choose to is a better way to put that.

Which, one of my print shop mates asked if I’d had an emotional goodbye – at that point I hadn’t gotten all my stuff out if it yet, but that made be stop and think a bit. I mean I don’t think I get particularly emotionally attached to things, or sentimental, but 247944, that’s a lot of ground covered, both time and distance. Part of my daily life for almost 18 years. Other than family, that’s the longest “relationship” I’ve had. Huh.

In terms of distance – just shy of 10 times around the earth at the equator, or 88 times across the US, or 145849 times across the Golden Gate Bridge. To the moon, depending on where it is in its orbit.

Fascinating how one doesn’t really think about these things as they are happening. Maybe that’s why there are ends, to give us these opportunities to look back, reflect, consider. Remember all the things, not just the fun adventures and road trips and going to visit family but the hard and scary and uncertain – going to interviews, starting new jobs, leaving a long-term relationship and moving out. Dang. Life.

And there was a surprising amount of random things in the various nooks and crannies when I finally got to taking it all out. Glove box, under the seats, go figure actually a pair of sunglasses in the silly compartment above the rearview mirror that I thought, “who would ever use this?!”, under the seats, oh yeah, eject the CD from the player. Whew, yeah I did sort of have a Moment with it. Yes, Life.

This entry was posted in what the. Bookmark the permalink.