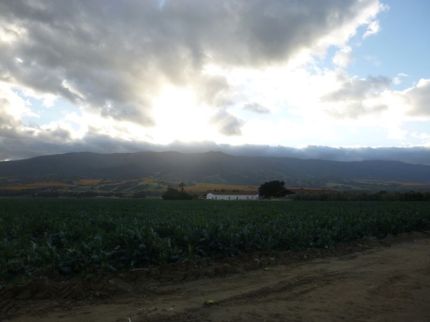 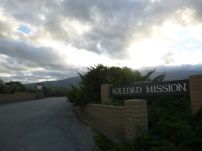 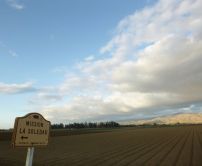 The thirteenth Mission, with the official name of Nuestra Señora de la Soledad – Our Most Sorrowful Lady of Solitude – that would be Mary, Jesus’ mother, for those playing along at home – was founded October 9, 1791. It is also known as Mission Soledad or Soledad Mission, and – fun factoid! – is the furthest inland of the chain, being 30 miles inland, in the Salinas Valley. 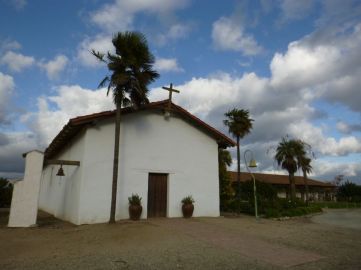 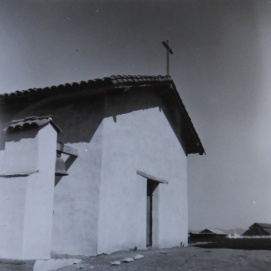 It’s another one that I’ve been by about a gazillion times, although it turns out that only a fraction of those gazillion was I actually missing it, since at this location the site is gated off during non opening hours. (At some of the Missions you can still walk around the grounds and see the outside even when it’s not open hours for the inside.) Not Soledad. Once I got there and saw the gate I was glad I had checked the hours and hadn’t just gone out there previous times. Not that it’s far off the highway, but still. 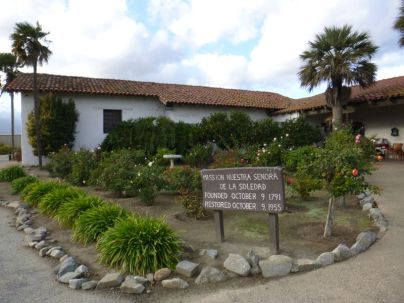 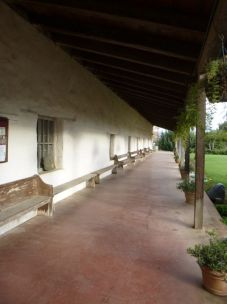 Beyond the gate there’s an olive orchard and incongruously large parking lot. The Mission complex, and what looked like an onsite caretaker’s home are to the west. When I got out and looked around I also saw a shaded picnic area with large bar-b-que pits, which seemed to indicate big community events. The thought of that made me smile. 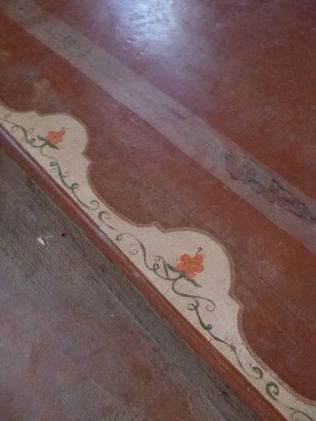 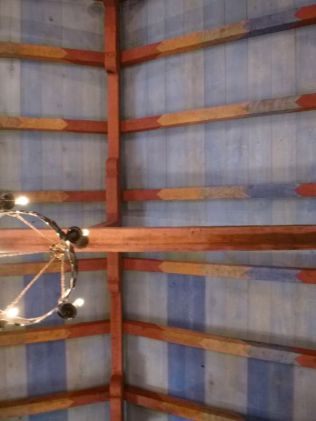 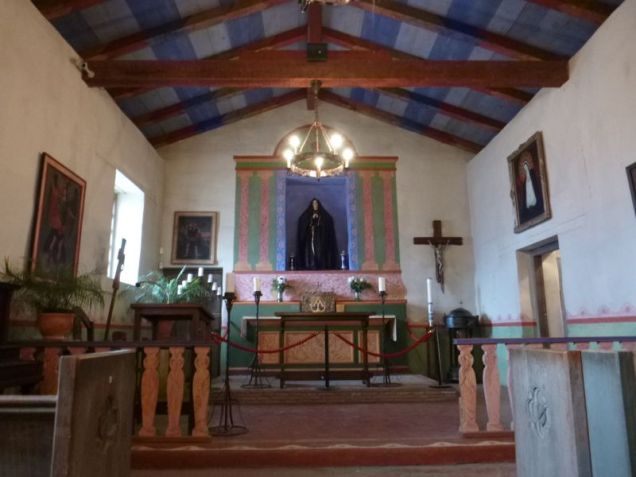 The Mission is the smallest I’ve been to, and may in fact be the smallest in the chain. After secularization the Mission became a cattle rancho and had some other miscellaneous use until being abandoned and falling into ruin in the mid 1800s. The Native Daughters of the Golden West spearheaded rebuilding starting in 1954. 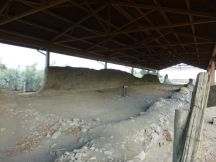 ross at Soledad seen through ruins, 1956

The restored building is an L shape, with the chapel forming on side, and a wing of rooms that are used as the gift shop and museum along the other. The rooms are dedicated to the four main historical periods of the Mission and its surroundings: Native American, Mission Era, Rancho and Present Day. 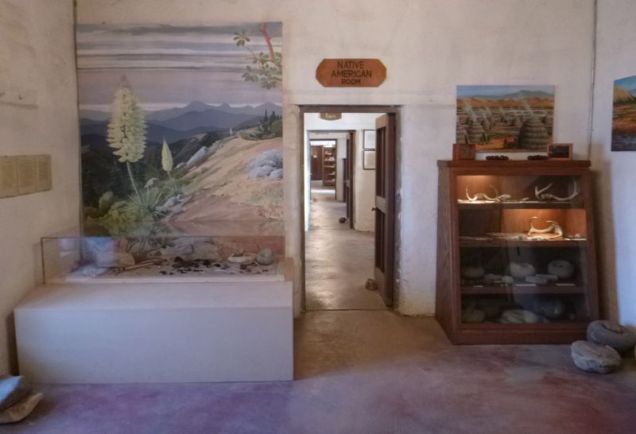 Outside you can see the foundations and remains of the original adobe of the other wings. There’s a fountain, and some markings of graves that were found during archeological exploration. There’s a nice rose garden in the front by the chapel. 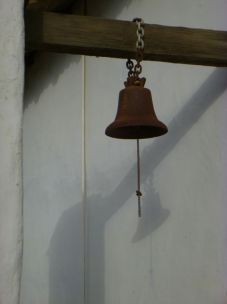 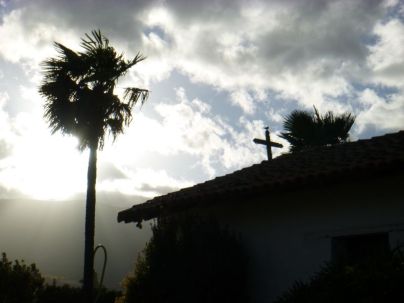 It’s a very sweet place. Partly the size, also that it is supported and run by volunteers gives it a labor of love, community feeling. The fact that it is surrounded by agricultural fields rather than being built up around makes it easier to imagine what it was like back in the day, which I also really enjoyed. I’m glad I finally made the time and stopped!

This entry was posted in just going to the mission and tagged CA, California Missions. Bookmark the permalink.