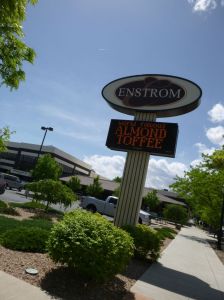 Enstrom had also showed up in the search for best ice cream in Grand Junction. They are primarily confectioners, but they do also make ice cream. There was a counter case for scoops, and also packed containers for taking home. I was considering the Toffee Lover flavor, since they claim World Famous Toffee, but the woman at the counter recommended the Peanut Brittle, so I went with that. It was super tasty! Nice and creamy, and good size and amount of the brittle bits. 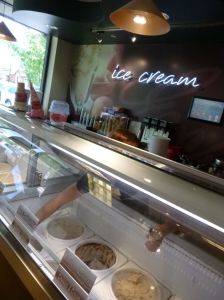 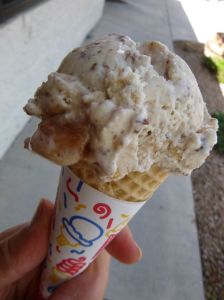 The store was also chock full of candy, both things they make and a selection of items from other manufacturers. It smelled really good. Sweet with a toasty edge but not too strong. AND! There was a big window where you could watch them make the toffee!!! 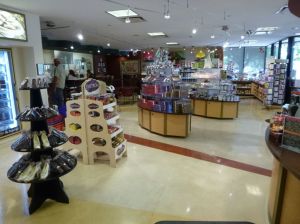 One person in the middle of the room was weighing ingredients, several others were moving about the room with the rest of the production. There was a row of kettles on one side for cooking, and tables on the other side for the assembly. 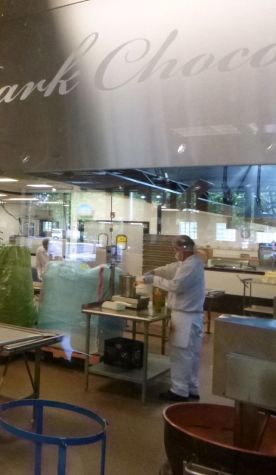 Pour out the kettle of hot toffee on the table. (Vat of molten sugar, kinda scary if you think about it too much.) Spread it out. Cut it in sections and flip them. Pitcher of melted chocolate from another machine, cover the toffee, dust with nuts. Do the other side. Move the sheets to a rack. Bam. The scale and quickness of it is mesmerizing. 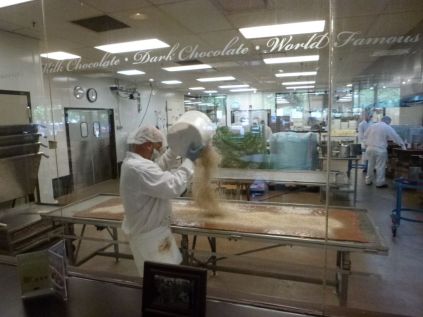 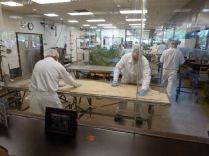 spreading the nut dusting to cover the chocolate covering 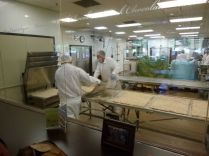 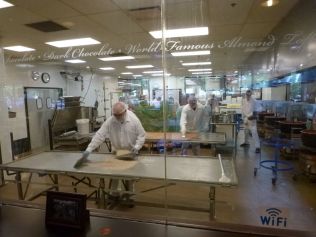 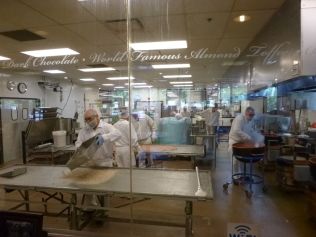 Another person watching the production says, “I bet they never want to eat it.”

I had to get some though, went with the milk chocolate toffee. They also do with dark chocolate. I also got some of the popcorn – dangerously tasty (already gone – kinda wishing I’d gotten the larger size bag, kinda not.) They also had crumbs, which I immediately though would be great as an ice cream mix-in, so I had to get some of that too.