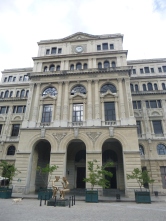 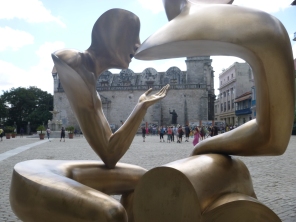 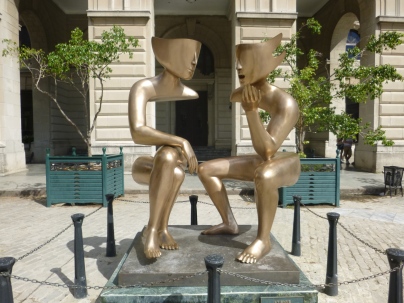 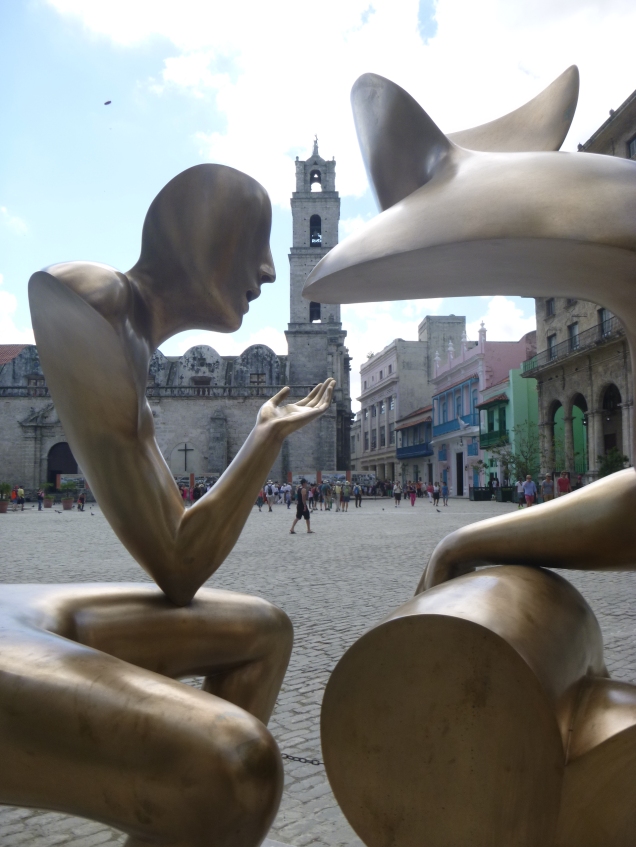 La Conversación (The Conversation) is a bronze sculpture in the Plaza San Francisco de Asis in Havana Vieja. It is the work of French sculptor Etienne, and was donated to the city of Havana in 2012 by Vittorio Perrota as a friendship gesture between France and Cuba. The figures appear to be deep in conversation, although the one listening (at least with its mouth closed) has crossed legs angled away from the speaker. The open spaces hint at things left unsaid. The shapes are really beautiful though, and it was fun to play with them as frames for and contrasts to the architectural features of the plaza.