After riding along it for 5 days, it was like seeing an old friend to get a glimpse of the Umpqua River again, coming full circle to where it empties into the Pacific. 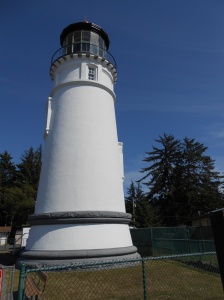 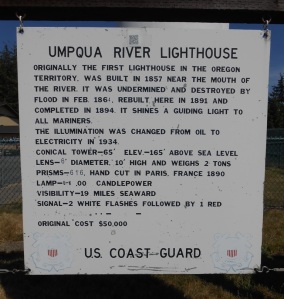 There’s also a charming lighthouse, which was the first in the Oregon Territory. It has a nice little museum and gift shop, which I checked out. And a tour, which I didn’t do.

One of the fantastic maps they had in the museum. I love maps!! 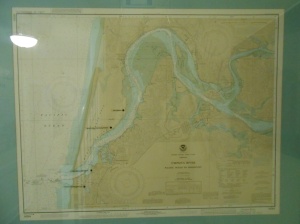 And I’m a sucker for the old style postcards. This image was also available as various size posters, from Lantern Press, there were also images for some of the other lighthouses along the coast. You could do a whole lighthouse themed tour if that was your thing. 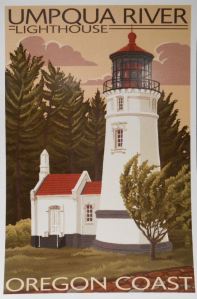 This entry was posted in maps, travel and tagged lighthouses, OR, travel. Bookmark the permalink.